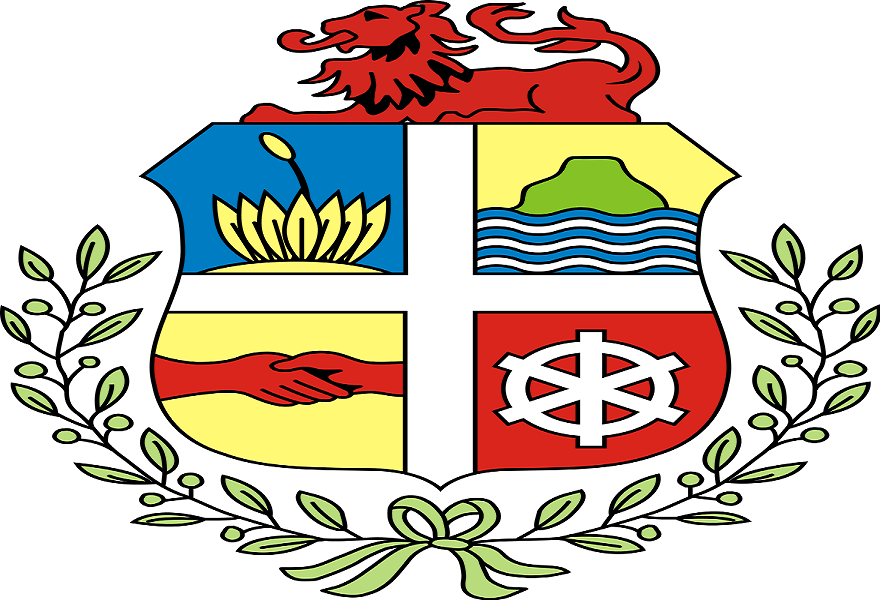 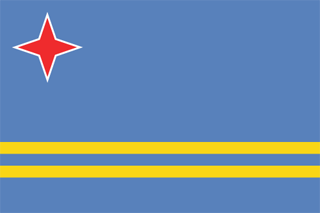 The Aruba flag was officially adopted in 1976, and its style was retained after it became an autonomous region of the Netherlands. 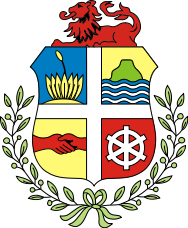 Coat of Arms: The coat of arms of Aruba was designed in Amsterdam in 1955. It displays a lion sitting atop a shield with laurel branches surrounding the lower half. The lion symbolizes power and generosity, and the laurel branches are traditional symbols of peace and friendship.

The shield is divided into four sections by a white cross which represents devotion and faith. In the first quarter of the shield is the island’s first important export — the aloe plant. In the second quarter is Aruba’s most recognizable and second highest hill, Hooiberg, which represents Aruba rising out of the sea. The third quarter displays hands shaking, which is symbolic of Aruba’s good relations with the world. Finally, the fourth quarter contains a cogwheel, representative of industry. 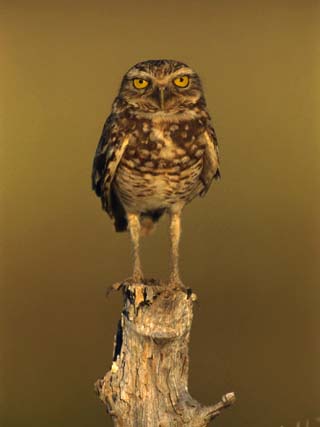